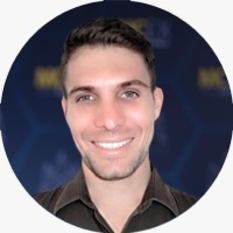 Carlos was born in Lecheria, Venezuela. Beginning his career in the army, he obtained several distinguished awards. In 2008, he graduated with the highest academic score of his class and as an Officer of the Venezuelan Air Force. He resigned from the service a year and a half after graduation. Shortly after leaving the army, the World Philosophical Forum appointed him as Coordinator for the Educational Program for World Citizens (currently holds this position). Throughout his career, he has written two books, three philosophical theories, one educational methodology, several articles, and has spoken at two major international events (Annual Symposium of the World Philosophical Forum – Athens; and the National Philosophical Congress – Lima). As Director with the Dremore Corporation, he simultaneously managed project teams in Venezuela, Ireland and Mexico. Carlos is always studying, keeping up with the latest in technology and challenging himself to think outside the box. He is fluent in English and German, and holds a Master’s of Science Higher Education. Carlos has continued his learning by taking several more college courses, giving him a unique perspective on many different areas of business, legal, governance, marketing, systems, and compliance regulations. Carlos joined Mercury Cash where he currently works in Communications full time, giving a new perspective to this growing industry. G. Luis Camacho – Lead Developer Born in 1991, in Caracas, Venezuela, Luis graduated as a Systems Engineer in 2012 from Santiago Mariño Institute. He was curious about the lifecycle of the systems that, at the time, were used by almost every large company in Venezuela. He worked as a system engineer to fix IBM and Dell Servers, and virtually any other network environment at that time. However, he found that engineering not only included systems, but also the great world of coding. He learned many coding languages, starting with Java and C#, then moving on to Silverlight and .NET. Currently, he works with the Solidity Team as the Team Leader and iOS Developer for Mercury Cash.