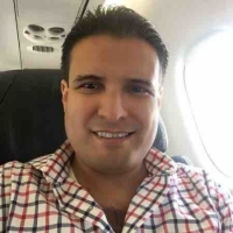 I began my crypto journey in March 2017 and have been very successful at spotting winning projects and interesting trends in crypto. It all began back in March when I saw a report on NBC regarding bitcoin surpassing $3000. I remebered I had heard about bitcoin a few years back when the price was cents. I bought $150 of Ripple and $150 of Stellar Lumens with my original plan being just sitting back and waiting a couple of years to see were they ended up. That plan was impossible as I started to read every night about crypto, discovered the exchanges and the huge amount of projects that were already running or in process. I began to trade y XRP and XLM and rode the alt coin spring that ran from May to June 2017. During this time I began to get involved in staking coins, masternode coins, and began to look into ICOs. During October-December I reviewed and invested in Crypto20, Cobinhood, AirToken, Electroneum, Universa and Cashaa. The ones that have launched have been very succesful. I am currently investing in new ICOs and IcoBench has been a great resource in my process. I would like to contribute back to the community now.