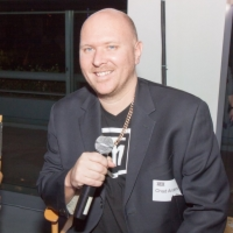 Chad “Aroo” Anderson is a blockchain + cryptocurrency expert and ICO advisor who serves as President and Co-Founder of www.MTDigitalAssets.com a leading fund in the hyper growth blockchain industry. Chad started his career working in the finance department at Hewitt Associates a fortune 500 company now called Aon. He worked directly with the CFO, Director of Budgeting and Forecasting, and the Controller. Chad then moved on to myspace.com from 2004-2008 as a strategic marketing consultant. During that time the site grew to over 500 Million active users, and was acquired for 580 Million Dollars. His team worked on events including Lollapalooza, Sundance Film Fest, Ultra Music Fest, SxSw, and more. Upon leaving Myspace he joined the team at Engage BDR an LA based Ad-Tech firm in Strategic Marketing and Biz Dev Role. He helped grow the company to reaching over 500 Million monthly uniques. Chad left there in 2014 to found Aroo Industries a talent management and marketing company. His clients have worked with some of the biggest brands in the world including Calvin Klein, Victoria Secret, Coca Cola, Virgin, Patron, Grey Goose, Google, Paramount, Sony, Warner Bros and more. Chad is currently advising multiple ICO's across a broad spectrum of industries to bring his vast knowledge to the teams he is supporting.