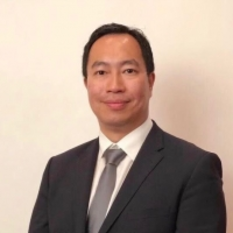 Darren Lui is a Co-Founder of Aenco Solutions, a blockchain based solutions platform focusing on end-to-end digital financing and blockchain application development to facilitate the diverse real life projects, including a sub-sector focus in healthcare technlogy. Darren Lui is also a Co-Founder, President and Executive Director of Aptorum Group, which is a Hong Kong based biopharmaceutical company. Collaborating with a number of major academic institutions, Aptorum has built a diverse medical drug and non-drug medical research and development pipeline with the view to deliver novel treatment for diseases globally. Prior to that, Darren built most of his career with Barclays Bank with its capital markets group in London, Singapore and New York. After Barclays, Darren set up a securities dealing and asset management firm in Hong Kong. Darren qualified with first class honours in Biochemistry with Imperial College, he is also a qualified chartered accountant and has attained CFA status.