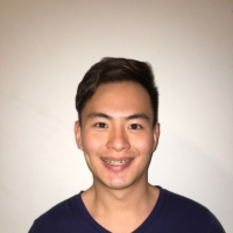 Daryl is an established startup entrepreneur who has built and sold successful startups over the past decade. He was the Vice-President, Product of TheMobileGamer, which was jointly acquired by Softbank, Singtel and Konami in 2011. Thereafter, Daryl took on the mantle of Director at Openbucks Corp, a payment gateway specialising in offline top-ups. Openbucks was invested by Yahoo's founder, Jerry Yang and Greycroft Partners. Daryl then played a pivotal role as Head of Strategic Products, creating Southeast Asia's leading transport network and launching GrabHitch, GrabBike in countries including Indonesia and Singapore. He also underwent an intensive immersion at Didi Chuxing (Grab's investor) and Peking University to incorporate technology innovation into Grab's engineering and product framework. Daryl is now the CEO of Spout Entertainment Group, one of the fastest-growing ESports & Media asset in Southeast Asia. Spout currently owns SpoutArena (Singapore's largest and only Nvidia-certied ESports stadium), SpoutAgency (brand & influencer management with clients including Konami, Grab, Samsung and Intel), and Spout360.com (Southeast Asia's leading ESports media site). Spout has raised USD3M to date and is aiming to raise one of the biggest gaming ICO in Q2 2018 to grow its leadership in Asia.