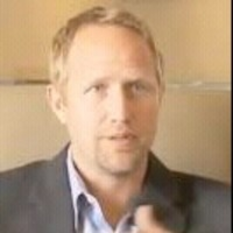 Technology Evangelist and Business Advisor - Blockchain, Bitcoin, ICO, Web, Mobile, FinTech, Software & Charities. David is no stranger when it comes to creating innovative Internet technologies; he has made a living in the space for over twenty years. David started his first Fin-tech Internet Company in 1997 from the bedroom of his home and grew it to a multimillion-dollar nationwide technology leader. David was recognized in 2009 by “Utah Business Magazine” as one of Utah’s Top 40 under 40 Rising Stars in local business. In 1998, along with companies like LendingTree and e-Loan, David pioneered the launch of the industry’s first automated B2B secure web origination CMS platform for the mortgage space and coined the phrase “The Virtual Lender” with the launch of the official Virtual Lender system. From 1998-2009, David’s company placed over 12,000 mortgage companies online consisting of Bankers, Brokers and Credit Unions and originated over 150 Billion dollars in online loan production through his systems. David has founded and co-founded several Internet companies and technologies ranging from simple marketing solutions to complex marketing and mobile enterprise applications ranging from direct sales social engagement platforms to the introduction of the first Jolly Bitcoin ATM machines in the Southern California area in 2012. David has served as Chairperson, featured speaker and workshop leader for various symposiums including events hosted by the National Mortgage Bankers Association, The International Quality & Productivity Center, The Advanced Learning Institute, Access Seminars International, the National Association of Federal Credit Unions & Bitcoin Profits. David is a consultant, trainer, speaker and seminar leader. In the past 20 years, he has assisted with several Internet start-up ventures and growth companies and is currently involved with projects in the Bitcoin and Blockchain space. David co-founded Bitcoin Profits, an educational seminar and workshop platform dedicated to teaching Blockchain industry principles.