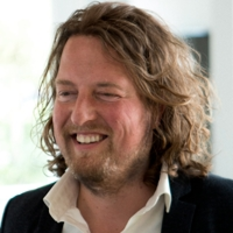 CEO at iCasting.io Erwin has been a entrepreneur for most of his life, he started his first business in de mid 90’s when he was 18 working from his room on several creative projects for clients. After earning his Media Designer degree, Erwin started his career in Television & Advertising. He worked as a creative on various TV formats for several mayor production company’s as RTL & Endemol. In 2001 he Co Founded IQ-Media, a dutch based advertising agency which grew out to be one of the Netherlands major advertising agencies, working for brands such as Philips, L’Oreal, Deloite, RTL, Coca Cola, Amstel & Red Bull. For these kind of media campagnes, Erwin worked with national & international casting agencies and gained a lot of experience in the traditional casting industry. With these experiences he Co-Founded iCasting in 2013. In 2015 he Co-Founded TradeCast, a Dutch startup that is international successfully disrupting the global television and broadcasting markets. Erwin specializes in team leadership, creative marketing strategy & strategic business management.