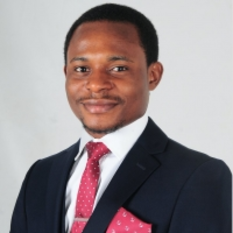 Eugene Banigo Nwikina believes that the human story is one that is intertwined more intricately than we tend to admit. He strongly believes in the connectedness of people. Hence, he researches on Pan-Africanism with a focus on the role of development (intra-African and international development) and how it can spur growth and innovation in Africa and Nigeria in particular. Africans can play a more defining role as the world increasingly moves towards integration. To this end, he shares in the opinion that human capacity and technological innovation must be carefully woven together by collective efforts. In his spare time, he reads on a variety of topics: Blockchain, Development, Technology and podcast as well as follow figures he finds inspiring like Peter Thiel, Parag Khanna, Ben Thompson, Ekekwe Ndubisi, The Minimalist. To him, Fela Anikulapo-Kuti's music is next to none.