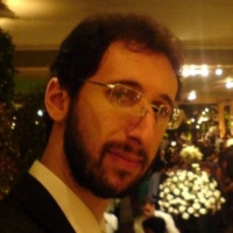 18 years experience in business law, diplomacy and strategy consultancy. 7 years working with tech startups in Brazil and abroad and legal advisor of 9 ICOs in Brazil, UK, Ireland, Cayman, Switzerland and Spain, among which EHab, LeanLaunch, Inflr, Shoplium and Reputy ICOs. Legal support to dozens of investors, entrepreneurs, founders, CTOs and CEOs, service suppliers, freelance devs, incubators, tech parks, public authorities and several other players of the innovation and technology ecosystem. Expert also at the Coin Governance System and member of the Oxford Blockchain Network, of the Crypto Valley Association, of the Miami Blockchain Society, of the Unisinos Blockchain Co-Lab (in partnership of the Blockchain at Berkeley Initiative), of the ISO Blochchain working group (via ABNT CEE Brazil) and of other projects and initiatives, including speaking in several conferences, to foster blockchain awareness, development and application. Professor of Law and Blockchain, PhD candidate in business law at the University of Paris Nanterre, MSc in International Law at the University of Rouen - Normandy, MBA in Project Management and Bachelor in Law, both at the University of São Paulo and Political Philosophy in Oxford, among other courses and degrees.