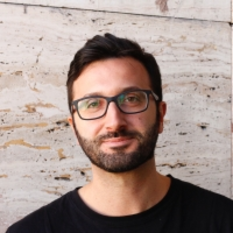 CXO and co-founder at Xriba

UX designer / frontend dev / biz dev / blockchain evangelist / startup mentor / Federico lives and breathes entrepreneurship. He holds a BSc in "Bank and Financial Markets" at the University of Rome “La Sapienza” and after his studies he immediately rode his passion for coding and internet. He developed code and designed various businesses on the Internet and over the time customers increased. He managed a team with multiple skills for the web agency Maart in 2009. The company has provided IT services and web marketing consulting for SMEs all across Italy. During the development of a mobile app project he started BaasBox at the end of 2012. BAASBOX is now a venture-capital-backed company that operates in the software industry for mobile applications. It was the first italian company that it has been selected for the final selection for YCombinator W2014 batch. Felt in love for blockchain technology he decided to study and buy cryptocurrencies and to participate in various ICOs. At the end of 2017 Federico followed Gianluca Massini Rosati and they started Xriba project, a platform and a protocol to record bookkeeping in the blockchain. After just 2 months the project sold over 5M USD in tokens. In his (little) spare time, he enjoys playing futsal, riding his mountain bike and travelling. He says he once dribbled Francesco Totti, and he can prove it! ;-)