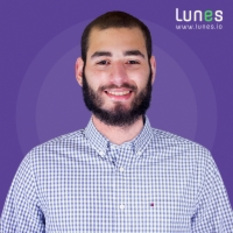 360° Digital Marketer of Lunes Platform. ICOs, Blockchain, Cryptocurrencies, Smart Contracts, and in general, a 19 years old tech enthusiast that follows the decentralization philosophy. Every day learner of marketing, communication, consumer psychology, sales, negotiation, and so many other skills. In case you want to know even more about me: Working and learning from my own experiences since 11 years old. I started creating a blog, then came another, some partnerships, and I became a Brazilian influencer in Android OS niche. Got bored at 15yo, took a break and with 16yo I had one of the most important experiences of my life, I was designed to be the President of a Junior Company and with my team, we achieved the second place, that made me feel very frustrated for not winning the competition. 2 years and a hackathon later, already doing a computer engineering bachelor degree, I knew that my place was not there, dropped off, and I united all the skills that I have to join Lunes as the Marketing Manager. Since then, I'm working, studying, learning, evolving and becoming a better version of myself, not only professionally, but humanly. "The worship of the state is the worship of force. There is no more dangerous menace to civilization than a government of incompetent, corrupt, or vile men. The worst evils which mankind ever had to endure were inﬂicted by bad governments. The state can be and has often been in the course of history the main source of mischief and disaster.” ― Ludwig von Mises