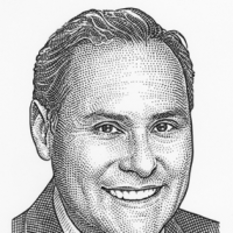 Frank J. Martinez, is a former artist, designer and Patent Examiner. Frank earned a BFA from Pratt Institute in New York and was the Production Director at Landor Associates in New York one of the premier design agencies in the United States prior to attending law school. After serving as a Design Patent Examiner at the U.S. Patent and Trademark Office and an associate at several law firms, Frank founded The Martinez Group PLLC in 2008. Frank is admitted to practice law before the courts of the State of New York and the Federal District Courts for the Eastern and Southern Districts of New York as well as the Federal District Court for the Western District of Texas (Austin). Working closely with professional designers, type font designers, software engineers and tech entrepreneurs, Frank understands the business and intellectual property law issues faced by creative professionals and entrepreneurs. Frank has drafted license and other documents for use by companies such as Google, Apple, Facebook, Microsoft, Honeywell, AT&T, RIM, Orange, Nike, American Express, BBC, Samsung, Sony, Bloomberg and British Telecom, among many others. Frank is also an Adjunct Professor at The School of Visual Art where he teaches Intellectual Property Law in the MFA Designer as Author and Entrepreneur Program. Frank is also a Mentor in the SVA GroundFloor Incubator Project where he counsels the Incubator participants in Intellectual Property Law matters. Frank earned an MBA in 2017 and is now taking advanced management courses at Harvard Business School’s HBX Program. Frank is also learning to code in Python at Code Academy and has studied cryptocurrency technologies in Princeton University’s Coursera program.