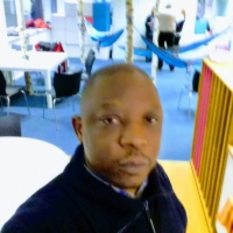 Guy Leba, the Founder & CEO of Atomium Technologies, is an internet entrepreneur, and Blockchain technologist. Leba's love for the internet had him going to Princeton for a Certificate in Cryptography and Cryptocurrencies from September 2015 to October 2015. Before then, he clinched an M.B.A in Interactive Multimedia Ichec Brussels Management School from September 1997 to October 2000. As an Emerging Technology consultant (Ai, Blockchain, IoT) and a tech freak, Guy Leba is an honorary member of the 1 million by 1 million networks, with the aim of inspiring people in tech. Leba has moved across the world, using his company to play as a developer and advisors to tens and tens of Fortune 500 companies on issues that border on security, networking, cloud computing and data centers. His articles have been appraised for their usefulness, and have been made available online and even in hard copies. Guy Leba, as a traveling consultant, is fluent in French, English with a basic understanding of Ahmaric, and currently learning other languages. He believes that his purpose on earth is to identify the problems that exist in his community and determine the role he can play in the solution. Those who have worked with Leba can attest to his ability to adapt to new work, his persistence and loyalty.