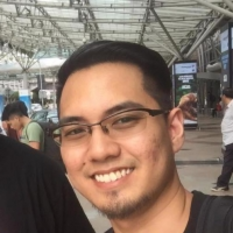 Iliya Zaki is currently the Community Manager of Chainfund and previously Admin for DataDash Community. Being an early supporter of Datadash Youtube channel, Iliya was promoted to an Admin, where he witnessed the rise of DataDash Youtube Channel that grew from the thousands to over 300,000 subscribers today. Aside from advising and guiding new investors of Crypto, Iliya is also responsible for the community's policies, technical analysis, traders' trade along with 5 other admin team. Now, Iliya is the community manager of Chainfund and works closely with all departments of the company. Graduating with a Master's degree in Professional Media Composition, Iliya is also an adept composer and no stranger with working in a decentralized environment having spent nearly 5 years as a freelance music composer in the Epic Orchestral and Trailer Industry. This industry consists of musicians, composers and artiste from all over the world vying for a spot in acclaimed world of Hollywood. He also worked for two years as Music Director for EpicMusicVN, a Vietnam-based music publisher. Iliya co-founded 2Wash & Detailing in June 2015. Singapore's premier motorcycle detailing company. His experiences in the detailing industry have helped him developed an eye for details that enables him to pick out imperfections on vehicle paintwork that are invisible to the untrained eye.