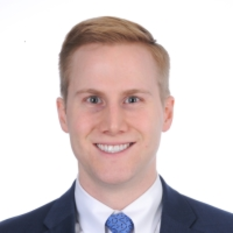 www.supporterinc.io Inman Porter grew up in the Fundraising Space and knows firsthand the many problems facing the industry. His father was a State Legislator for 28 years and eventually ran for Governor of Georgia at the same time his Mother ran for Lt. Governor of Georgia. Inman has a professional background in finance and technology, but has been a part of hundreds of fundraisers throughout his life. Inman graduated with a Bachelor’s degree in Banking and Finance from the University of Georgia, which included a semester studying Economics at Harvard University. After spending over 5 years working for large financial institutions in New York City (Barclays and W.P. Carey), Inman saw the pitfalls of the traditional FIAT currency system first hand and became passionate about cryptocurrencies, but more importantly, the underlying Blockchain Technology behind them. In early 2017, Inman quit his job in New York to start SupPorter, a Blockchain Fundraising Solutions company based out of The Atlanta Tech Village (America’s 4th Largest Tech Hub). SupPorter's goal is to increase transparency and efficiency as it relates to the nonprofit and political campaign fundraising process.