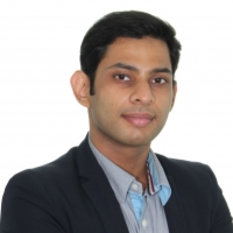 Ishaan Gupta is a serial entrepreneur with a zeal to bring ideas to reality. He believes in making things simple and easy and he has shared the stage and been mentored by multiple dignitaries over the years. Ishaan believes in being the first mover in the field of technology and to develop products on those technologies for the betterment of the others. Ishaan got associated with the blockchain technology in 2014 when the idea was still relatively very new and since then it has been a learning journey for him, up until recently when he realised that the blockchain is still not being used to generate true value for the user. The real application of the blockchain is with the people which he believe is not been take care. Therefore, he and his co-founder are on a journey to take blockchain to the average people, with a real use case and in doing so maintain the very essence for which the blockchain was created i.e. immutability, no transaction fee and own your data. Ishaan also has 5+ years of cumulative experience building IOT products for government, companies and for his startup projects. He was also involved with "Navya autonomous vehicle" project and "Gas pipeline Anomaly detection" project at Energy Research Institute, Nanyang Technological University. Ishaan is also the Co-founder of Energie Corp Pte. LImited, a Singapore registered company which build energy monitoring product for homes and offices. Heading several technology-intensive projects has given Ishaan Technical and Managerial skill required to build a strong technological background for his company.