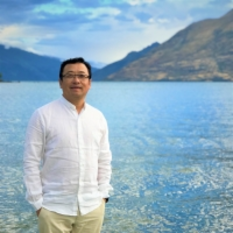 James Li is the founder and chairman of Asia Hydropower Digital Mining Limited, which is focusing the promoting the use of hydroelectric usage through disruptive block chain technology. Prior to the establishment of Asia Hydropower, James has been a successful entrepreneur and financier in China and the U.S. James has been involved with over $1 billion investment in China in the areas of clean energy and technology and has been instrumental in a number of Chinese companies IPO in the U.S. market. He was the co-founder of China Hydroelectric Corporation, which was the largest small hydroelectric project consolidator in China. He has been the CEO of the China Hydroelectric Corporation and has taken the company to do the IPO on NYSE in 2010, privatization in 2014 and buy-out by a Chinese SOE in 2015. James Li graduated from Chong Kong Graduate School of Business in Beijing with an EMBA and Columbia Business School in New York with an MBA. He is a Chartered Financial Analyst and a CPA.