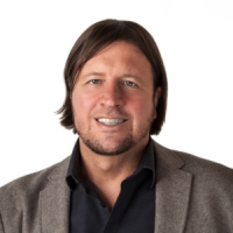 I'm a passionate technologist and futurist, and I’ve been fortunate enough to spend my entire adult life following that passion. Whether it’s Blockchain, AI, VR, apps, SaaS, or digital filmmaking, I’ve been a hands-on creator and company builder who’s been able to reach out and touch hundreds of millions of people. I've founded companies, consisting of multiple tech startups, which were acquired by public companies on two occasions. I've grown and managed US and international teams in excess of 75 employees, both pre and post-acquisition. Our cloud-based platforms supported millions of users creating user-generated content and pushing it through a publishing platform that I wrote from scratch. I built one of the first - if not the first - cross-platform, API-based, SaaS ecommerce platforms. I've written code as a full-stack engineer in just about every front-end and back-end language, and worked with just about every popular database. In my spare time, I like to make films and music videos. Much like my tech endeavors, I've been completely hands-on, writing, directing, editing, doing visual effects and all of the soundtrack work. I've had the pleasure of directing some very talented actors and musicians, ranging from Sean Penn to Kid Rock to Jada Pinkett-Smith to Erykah Badu. For better or for worse, I love to talk. I’m happy to participate in speaking engagements and panel talks on a pretty wide variety of subjects. Most of all, I love to exchange ideas with talented, motivated, forward looking people.