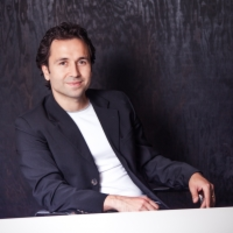 Jason invested into Bitcoin back in 2015 after finding out about it from a bunch of super smart developer friends. Ever since then he became increasingly more interested and invested in the Blockchain space. As a Computer Scientist, Jason took to Blockchain and understanding its proposition naturally. After further investing into more cryptocurrencies such as Ethereum, Dash, Litecoin and others, Jason got involved even more. In 2016 Jason started presenting actively about the future of fintech and predicting where the world will head with regards to FinTech. With a heavy experience of designing global award winning fintech systems for Amex, HSBC and Lloyd's Bank, Jason moved onto designing trading platforms too. A flagship design of a Goldex App gold trading platform which enables people to spend gold as fiat got Jason thinking even more about Blockchain and cryptocurrencies. In early 2017 Jason conceived the idea of starting his own blockchain startup incubator. After exclusively interviewing some of the world's most prominent blockchain, ICO and crypto leaders, Jason got into coaching CEOs and executives of major banks about how to move them to Blockchain enabled systems. Jason is now a mentor to a range of world's most impactful blockchain startups as part of the Integral Incubator. He also runs an ever expanding ICO and crypto community with some of the most influential blockchain experts as part of it. Jason is a regular speaker about fintech and blockchain at banks, meetups and conferences around the world.