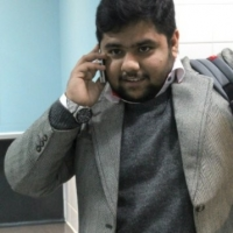 Jatin Madhra spent most parts of his early life in New Delhi, India. He later moved to London after making it through the Mechanical Engineering course at the Lancaster University for his graduation. Owing to an innate flair in engineering, Jatin pursued his academic calling by further pursuing a Masters in Mechanical Engineering. After this, Jatin completed his Project Management course from University of California, Irvine. A quick and adaptable brain, Jatin lay the foundation of his first start-up in 2013, the idea of which was based on a Library management system. A watershed of Jatin’s intellectual journey was his finding a spot in the top 50 ranking Regional ACMICPC at IIT Kharagpur. Acting as a severe boost to his talent and passion, this stirred his thought-process and made him look towards bigger life goals. In a very short time after this, Jatin established his second start-up and began working towards enhancing guest experiences of hospitality. Thus, came into being: Internet Of Things. Shortly after, Jatin came up with another start-up idea for the rural banking enhancement. This start-up largely belonged to the fin-tech sector and was called Paytap. Paytap’s success encouraged Jatin to take his gifts and talent more seriously. This was around the time when Jatin dipped into the fast-streaming ocean of cryptocurrency and Blockchains. The notable part about his influence was its impact on him. His thought of finding solutions to issues via Blockchain technology, such as supply chain management and land registry related works made radical progress. This made him one of the first adopter of crypto investments in a BTC model. Finally, Jatin started another blockchain venture; a cryptocurrency exchange this time. Within a very short time, the platform gained popularity and became a hub for cryptocurrency enthusiasts. At present, Jatin is at the helm of affairs in the South-east region at one of the largest ICO consultancies on the internet: Blockchain PR Buzz. Today, Jatin moves forward continuously with the vision of connecting more people with the Blockchain ecosystem, thus contributing to the world where he resides.