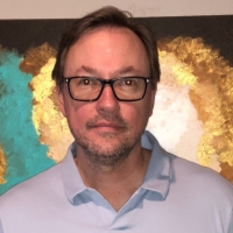 A BS form the University of Texas in Cell Biology. A long time gamer and tech nerd. After a successful early career in the Biotech Industry with Privacy and Regulation at the forefront, I have long been wanting to tackle the pressing need for Privacy and Data ownership in the Tech industry. I am a consummate nerd who believes there is a better way of bringing about monetezation of data without violating the peoples right to own their own information. I am the Creator and Founder of OsO Network which started in 2012 and also the Creator of ONe Network, the next generation social network for the next generation. A privacy advocate in the world of online engagement and an avid crypto enthusiast that believes the world is in the midst of the greatest change in history.