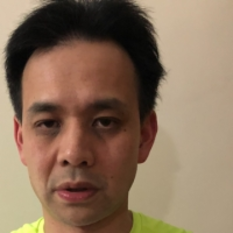 Jonathan has over 23 years of investment experience. He spent 6 years at UBS Asset Management, (formerly Brinson Partners) where he was responsible for stock selection for the firm's Asian equity portfolios. He was based in the London office for three years before relocating to Singapore. During his time at UBS he covered a diverse range of sectors including technology, property, energy and transportation. He then spent 3 years at SG Securities (SG Cowen Tech Group) in Hong Kong as Director and Head of Internet/Media Research. Whilst at SG he led a team of five analysts responsible for coverage of over 20 internet and media companies around the region. Jonathan has been consistently ranked for his research work. Most notably, he was rated #1 Internet Analyst in 2000 by Asiamoney magazine and #4 best analyst in Hong Kong in only his first year as a sell-side research analyst. He was then rated #1 Media Analyst in 2001 by Asiamoney magazine. Most recently he was responsible for Asia-Pacific Transportation Research at Cazenove Securities in Hong Kong. Jonathan has an MBA from Columbia Business School specializing in Value Investing at the Heilbrunn Center for Graham & Dodd Investing. Jonathan is also a Chartered Financial Analyst and a member of the Institute of Investment Research in UK. Jonathan has a BS (Hons) in Economics from University College London.