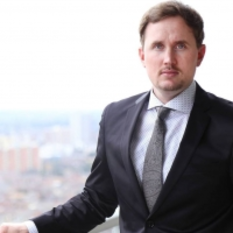 Joseph McDermott has devoted his time to acquiring clients in the Network Marketing A profession in which he has helped grow by over 300% within the last 2 years. He has extensive experience in merchant processing, innovative technology, and marketing strategies. He has been working with Software technology since he was 24 years old. At that age, Joseph started his own software company and had a joint partnership with Microsoft. He became the number one Value Added Reseller in the West Coast. He was awarded the Presidents Club Award for achieving the highest technology sales in the Western Region of Microsoft. At the age of 29, Joseph became an MLM consultant because of his extensive knowledge of the Network marketing profession, of which he has been part of for over 16 years and has been a top income earner in multiple companies including his last one was he became a million dollar earner. His recent activities include helping many major corporations worldwide to give companies the peace of a mind of being able to run a business from start to finish. Joseph is a frequent speaker at Major Industry events where he speaks about Network Marketing Technology and Merchant processing, Ewallet technology, new software technology and marketing within their companies to grow faster and prosper long term. The Last couple of years I have been involved in helping companies coming up with ideas from Trading software, to ICO's and more. I have passionately fallen in love with crypto and I believe it is the future. I'm super passionate about a project that Oscar Garcia good friend of mine and the Co-Founder of Uulala which will help millions upon millions of Latinos change their lives forever. I'm truly grateful to be apart of this project look forward to chatting with others about it.