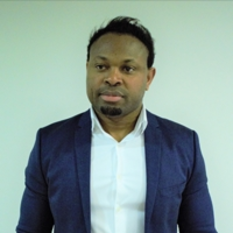 Joseph Onyero, CEO and founder of parent company Bebuzee and its subsidiaries, including Properbuz, is an Internet enthusiast who has created commercial web presences since 2005. His focus has been in the fields of marketing and advertising. With a degree in business administration, he has previously worked as a CMO and in business development. Mr. Onyero owned a travel agency in his earlier business life. In 2005, he created features and component parts of what was later to become the Bebuzee suite of products, including Properbuz for real estate transactions, Bebuzee social media for photo and text sharing, Adbuz, a commercial ad platform, and more. He did this ahead of the social media industry, using his vision of the ideal modern-day, social networking platform. In May 2012, he started building Bebuzee and Properbuz for commercial use, using his knowledge and components developed during the previous years, integrating them into a seamless whole. Parent company Bebuzee has been approved for an initial public offering in the United States, demonstrating that he has taken Bebuzee from a living room start-up to a U.S. publicly traded company.