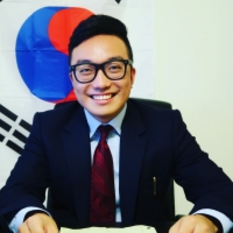 Justin was a salesperson successfully selling skin products to male and books to kids when he was in high school. Later he started his first business at the age of 18 by establishing a social media marketing agency called JCKR Marketing that was based in Brooklyn, New York. The business went from 0 to having 6 figures in revenue per month within a year and a half before a family office acquired his agency. Justin excels at bringing people together and maximizes their potentials because he believes people are the foundation for every business. Justin is currently on his second company at the age of 21, Alchemy, to solves college students’ financial inflexibility issues; building and structuring the Alchemy Tokens. He believes cryptocurrencies, Blockchain technology, and AI (Artificial Intelligence) are the next internet for human society that will significantly boost the civilization. Justin is an active advisor for multiple startups and he is also a speaker that was invited to give out public speeches multiple times about entrepreneurship.