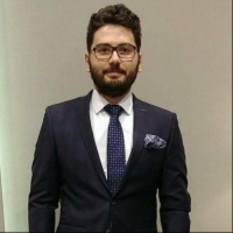 Since starting out in 2016 with computer equipments, and a love of technology, Kaan has been instrumental in developing Bitcronus which aimed to be most trusted and highest volume bitcoin exchanges in the world. With offices in Malta, Warsaw and Istanbul. Bitcronus continues to grow from strength to strength, serving its customers’ bitcoin trading requirements. Among his many achievements as chief executive officer, Kaan spearheaded the approach to become the fully licensed virtual currency exchange in Malta, which will be granted in 2018, setting the benchmark for the Bitcoin industry’s continued consolidation and strength. Kaan was born in Turkey. He studied International Relations and now he is doing Doctoral study in the Political Science in Warsaw. Currently He splits his time between Poland and Malta. Specialities: Bitcoin, blockchain, trading, virtual currencies, economic empowerment, education, science and technology