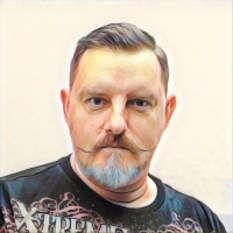 The oldest marketer of the Russian Internet

https://ru.wikipedia.org/wiki/Готовцев,_Кирилл_Эрикович Kirill Erichovich Gotovtsev (born January 12, 1969 , Moscow ) - one of the oldest advertisers on the Internet market in Russia [1] . General director of the advertising agency "Maniaco" In 1993 he graduated from VGIK . In the mid-nineties, he organized the company Smersh Technics, which manufactures sophisticated electronics to combat industrial espionage. SmerSh Technics is still one of the leaders in its sector of the industry. [1] Kirill Gotovtsev participated in the launch of several public projects (for example, "Graphomania") and in the emergence of the community " EZHE " (network media), was the creator and editor-in-chief of the magazine "Bannermaker.ru" - the first online publication on advertising in the network. [2] He took part in the creation of the first in the history of the Runet banner network "Sputnik" [2] . In 2000, Gotovtsev headed the company "Project Marketing" in the IT-holding company " Cognitive Technologies " [1] . He was the marketing director of the development group Port.ru and participated in the project transformation in Mail.Ru. [2] He was the general producer of the BDSM project SM LIfe and the editor-in-chief of About SM Life. [2] One of the founders of Runet, Internet advertising, banner building, site building and Internet marketing in Russia (along with Andrei Sebrant and Leonid Delitsyn). [2] In 2005, he took part in protests on the Internet against the placement of Tsereteli's works in the capital [3] . He regularly participates in the jury of such events as the Internet Festival "Intern", the Kiev International Advertising Festival, etc. In 2009 he headed the jury of the Internet Prize of Ukraine Propeller Digital, in 2010 - a jury member of the "Shoemaker with boots" award from the expert group Tagline. Kirill Gotovtsev was thrice (advertising and marketing, internet construction, design) mentioned in the report on the development of the Russian Internet of the US Chamber of Commerce in 1999. [2] Currently, he is the general director of the advertising agency "Maniaco", as well as co-owner of the studio "Axiom" and the company "Grossnab", which launched the project "Powerball in Russia". In 2014 he made his debut as a TV presenter - in the culinary program "Prepares Gotovtsev" on the channel " Peretz "