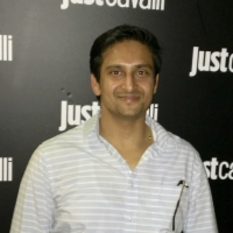 Kumar is a serial entrepreneur who has been responsible for building some of the today’s most exciting fin-tech business. He is among top 100 most influential people in the world who are leading the evolution of Blockchain and awarded Extraordinary status ( O1) by United States government. He is the founder of Cashaa, Blockchain based Payment and banking startup and Chairman of Auxesis Group. Due to his vision, Auxesis Group and Cashaa, both are ranked among top 100 blockchain companies in the world. Kumar is in the editorial group of top Blockchain media and popular international speaker on emerging technologies. He is also the Advisor to many Blockchain start-ups and incubators in Asia. Kumar Gaurav holds the bachelor’s degree in Computer Engineering and Masters in Management from Politecnico di Milano. Before he moved into the world of financial technology, he built computer systems for brands like BMW and Ferrari. During his time in Italy, he also co-founded Darwinsurance, the first Italian peer-to-peer insurance platform based in Milan which was acquired by Esedra.