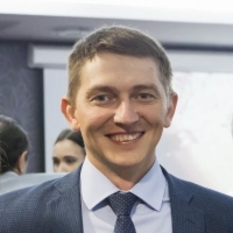 Born in 1978 in the USSR. He began his career during the difficult economic situation in Russia. In 2005, he plunged into the banking sector and in 2008 he headed a branch of a large Bank. Since 2009, he began to actively develop consumer networks and created a turnover of more than $ 100 000 000. Since 2015, he has been actively studying Blockchain technology and developing digital economy companies. In 2017, he actively and successfully invested in ICO projects. Participated in the creation and launch of asset management companies in the cryptocurrency market. I am constantly engaged in teaching people the basics of cryptocurrency, blockchain and investing in ICO. In may 2018, I joined the IZX team as a development consultant, since August 2018 I am CEO of IZX.