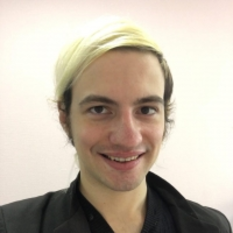 Mikhail has worked in public relations and marketing since 2013, when he joined the organizing committee of the architecture and design awards, Eurasian Prize. He worked as an international coordinator for the awards editions in 2014, 2015 and 2018, building jury boards which included the most prominent high-end experts, managed the development of a complex entrant dashboard with the Eurasian Prize website, achieved partnerships with influential industry-specific media, and more. From 2015 until 2017, he worked as a marketer at Devvela, a web and mobile development company operating mainly in the North American market. His role included writing content, such as blog posts about IT, digital startups, and entrepreneurship based on his own research, newsletter, whitepapers, and website content. He also participated in the development of the marketing strategy helping the C-suite team to improve the brand message. In 2017, he switched back to his old familiar subject, interior design by joining Ekaterina Elizarova Design studio as a PR specialist. His main goal was in global promotion of the work of Ekaterina Elizarova, one of the most famous product designers in Russia. This included writing press-releases, building relations with media, and communicating with the audience through social channels. The name of the designer was featured in the influential Russian and international media, such as Elle Decoration, Salon, IFDM, AD, the Village and others. In 2018, Mikhail began to collaborate with Bonza Kreep, a media startup researching and writing about ICOs and blockchain. Soon after that, he was invited by AgroTechFarm ICO to join as a Chief strategy officer in its mission to raise funds for the mass production of unique agricultural devices for private and commercial use with a disruptive technology behind them. As a CSO, he works to develop the strategy, perfect the global message of ATF, and to further improve its brand positioning.