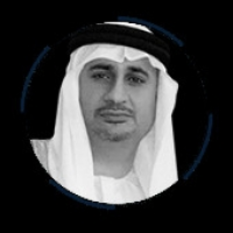 His Excellency the Honorable Natour Ahmad Zuhir Mohammad has been appointed by as WPP ENERGY Chief Executive officer for green energy projects within the Moroccan regions, North Africa, and the Middle East country’s. From 1986 to 1992 HEH Natour worked in general contracting and specialist foundation construction running a variety of complex infrastructure and civil engineering projects including Water Treatment, Wastewater Treatment, Roads, Power Generation etc. He held primary responsibility for the execution and delivery of 272 major construction projects with particular expertise in substructure, foundations and a variety of piling applications including secant walling, contiguous piled walling, diaphragm walling, continuous flight auger piling cased piling, shoring, soldier piled walling, dewatering, ground stabilisation, bentonite applications, sheet piling, etc. From 1992 to 1998 he was engaged in the Building Foundations Structures and contracting such as Pilling, excavation and dewatering. 205 projects were executed and delivered under total supervision of HEH Natour. From 1998 to 2006 he was engaged in the master planning of major cities that need to be delivered under the umbrella of sustainability and green building design. During this period 343 projects were executed under the total supervision of HEH Natour. From 2006 to 2010. Starting 2006 HEH Natour started engaged with WPP Energy drive towards Green Economy and kept on hold planned projects in the 34 countries with 8 regional offices, however, he continued on studying, planning and attracting companies entering into joint venture with GDTC towards Green Economy.