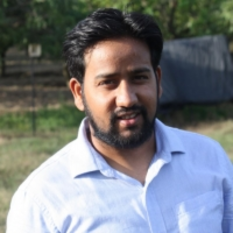 I earned a Bachelor’s degree in Software Engineering, and then a Master’s degree in Software Engineering from the DIT University. While attending high school, I began my software engineering career as a VMS Systems Programmer. Then I became one of the division’s top programmers in my community, updating device drivers, writing the EDX Editor which became very popular, and earning steady recognition for outstanding contributions. In 2014 I joined with Excalibur OS ICO. I spent eight years as a VMS Systems Programmer writing and maintaining their manufacturing execution software applications. In this position, I wrote, maintained and upgraded a database program for tracking wafer defects that transformed and reduced defect tracking time from 5 minutes to 10 seconds. I accepted a position as Software Developer and Chief Editor for Excalibur OS ICO. I completed code development for their text and code editor, identified and fixed bugs, and produced extensive documentation. I find the field of software engineering enormously rewarding and I am excited to be a part of it. Originally we wrote procedural code and created code libraries. Today, we create OOP programs using OOAD principles and UML diagrams, following the SOLID and DRY principles of good software design. We strive to write code which is easy to maintain and modify. Software design is constantly evolving and the possibilities within it are endless. Professionally, my primary languages are C#, VB.NET, Java, SQL, C, C++, HTML, JavaScript, Assembly Language, Perl, and Python, using Visual Studio and Eclipse