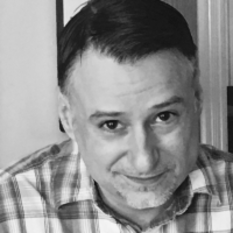 Since 1998, Nicolas is a serial-entrepreneur on a non-stop start-up binge. From the video game industry to e-commerce, Nicolas was and is currently an advisor on many different projects. He is the former owner of Perfica3 an e-commerce agency who did realize an annual growth of more than 200% per year between 2009 and 2012. Amongst other thing he did pioneer the mobile video game industry between 1998 and 2003 and invented new concepts to cut costs and make web servers more affordable for the web hosting industry (2004-2006). Since 2013, Nicolas developed a strong interest for the world of cryptocurrencies, facial recognition and artificial intelligence for the purpose of improving human to human interactions. It did grow to a passion and led to the founding of Kryptopy with Cody McBryan in 2017. Nicolas is dedicated full-time to this new venture.