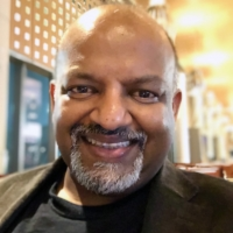 Nik Kalyani is an entrepreneur, web and mobile architect, blockchain expert and technology educator from Mountain View, California. Kalyani is the co-founder and CTO of WhenHub, a Silicon Valley internet startup. He is also the creator of Walkstarter, a free fundraising platform that has raised over $1.9 million in funding for U.S. schools. Previously, Kalyani co-founded DNN Software, the venture-backed software company behind the popular DotNetNuke Open Source software project that runs on hundreds of thousands of websites worldwide. DNN was acquired by ESW Capital in 2017. During the dot-com growth era, he founded iWidgets, also a venture-backed internet startup. In addition, Kalyani helped create the Silicon Valley chapter of CoderDojo and has volunteered to teach coding to over 1,200 kids in the San Francisco Bay Area. He has been recognized with Microsoft’s “Most Valuable Professional” award for the past 10 years for his community contributions. Kalyani has a bachelor’s degree in Computer Science from Western Michigan University. He can be found online at http://www.kalyani.com and on Twitter as @techbubble.