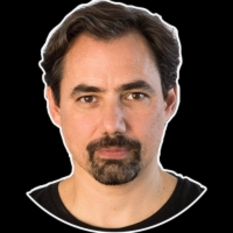 For more than 15 years, Oliver has been an IT specialist and consultant for security, enterprise java, intranet, extranet, infrastructure, databases and virtualization. In this broad fields, Oliver has a acquired a deep understanding of Blockchain technology, Digital Identity management and distributed authority. Initiator of the German wide network FinTech Headquarter. He is often asked to speak for conferences, events and other gatherings of the startup, financial and IT communities. Oliver also engages to spread the word about blockchain and our digital future in general. Therefore, he is one of the founding members of Germany’s association for blockchain. This chamber is supposed to represent the interests of the German blockchain community to politicians. Oliver sees his mission to establish a Digital Identity with Blockchain HELIX in the next 3 years, in order to replace or simplify the current wilderness of signons and verification processes. Winner of the Silicon Valley Award 2017. With his own ICO HELIX Orange he is building the world’s first sustainable ICO ecosystem for investors and the best ICO projects.