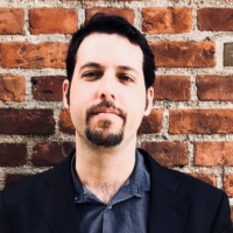 Dr. Omri Ross is a serial entrepreneur and an assistant professor of blockchain technology. Omri received his PhD from the University of Cambridge and is currently looking at solutions to allow secure execution of financial derivatives contracts on blockchain technology. Omri has worked with Fintech over 10 years and R&D over the last 20 years. During the last 18 months he was involved in the following: - Founder of https://firmo.network a protocol allowing safe execution of financial contract based on blockchain technology- - Advising and consulting several governments, top 5 tier international bank and some of the largest blockchain corporations in the world on utilizing blockchain technology and producing tailored solutions to their challenges within financial services. · Co-authoring the white papers of a few of the largest ICOs including the Bancor token (BNT) and Colu Local Netowrk (CLN token). Advisor for Colu Local Network. · Organizing the largest blockchain summer school in the world during 2017 · Keynote speak in 20+ international conferences over the last year. · Sitting on an advisory board at several blockchain startups.