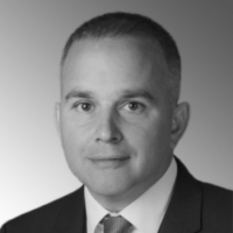 Robert is the interdisciplinary Universalist at AVINOC. He has been in the IT business since 1999 working for international companies in software development and consulting. He holds a master s degree in engineering and management as well as a bachelor s degree in physics. In addition to many other projects, he has been working on software systems for general aviation since 2007, crypto currencies since 2011, and blockchains and AIs since 2014. Pilot License PPL and ROC, EASA, FAA. Some Education details. Ph.D. Doctoral School Scientific Computing Interdisciplinary and AI at the Technical University Graz. Master of Science in Engineering FH Campus Wien in Technical Management for Environmental and Energy Engineering with Honours. Project, process and quality management and corporate management in technically-oriented firms are at the core of the Technical Management Master. IREP and IPMA trainings included in courses requirements engineering and project management. Bachelor of Science of Karl-Franzens-Universitaet Graz in Environmental System Science Physics. Development and running of adapted processes and appropriate technologies for sustainable management of resources is a challenge and requires as well profound technological know how as interdisciplinary and system science oriented contributions. AFDRU Austrian Forces Disaster Relief Unit and AAF as a NBC Officer. AFDRU is an Urban search and rescue USAR and disaster relief unit of the Austrian Armed Forces AAF the Bundesheer. It was founded in 1990 in response to various disasters, especially the earthquake in Armenia in 1988. AFDRU is specifically designed to be deployed in other countries. The unit can be airlifted within 10 hours of receiving orders, and carries enough equipment to operate on its own for two weeks. The unit was active in many disasters, in particular two times in Turkey during the 1999 earthquakes, in Iran during the 2003 earthquake and in Sri Lanka following the tsunami disaster in 2004.