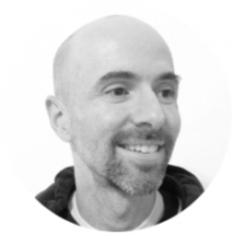 Sam has a varied background that makes him an invaluable asset to the Swarm Team. He launched his first venture at 19, a private mathematics tuition college in Sydney. After completing a Bachelor of Commerce (Finance) at UNSW, he worked as a Futures Broker for ANZ Investment Bank, after which he co-founded a tech startup in the leadup to the 2000 dot-com crash. After some years backpacking, Sam was offered a position as Provincial Logistics Coordinator with UNOPS in Afghanistan, successfully implementing the first Afghan parliamentary election. He then completed a Master of International Public Health at Sydney University, briefly volunteering with Oxfam, then settled into a 10-year career as Digital Director for an Australian advertising agency. In this time, Sam developed a passion for disrupting traditional industries, co-founding a social shipping service with Swarm colleague Alexander Lieders. In early 2017 Sam became interested in blockchain technology, and after helping Swarm promote their public token sale in October of that year, joined the team full time in January 2018.