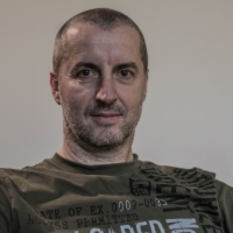 Silvo has a history in media and the music industry. He is using his influence and passion for blockchain to make promising projects come alive. His regional popularity as a musician has led to a strong social media presence that will fully be utilized in the 4th Pillar ICO marketing process. He is supporting the 4th Pillar team on many levels, mostly with social media administration, such as on our Telegram channel. Licenses & Accomplishments: One of the main forces behind the big explosion of Slovenian electronic dance scene in the 90s • Mixed and released over 50 compilation albums • Collaborated with prominent music stars in the region • House music producer with over 30 released songs on respected music labels