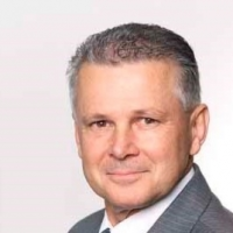 Stephen Walker is a successful senior executive and entrepreneur who has been operating in the IT industry for the last 25 years. With a background that saw him as one of the featured entrepreneurs in “Creating Entrepreneurs” by Denise Fleming and published by Allen and Unwin, Steve has become a leading innovative sales strategist. Having an Honours Degree in Finance, Steve is a Director on multiple boards and acts as an adviser to IT start-ups. In recent times he has applied his extensive experience to the cryptocurrency and ICO markets. Steve has been an occasional guest speaker at Western Sydney University, Graduate School of Marketing, in areas such as International Business Development and Entrepreneurship. Steve was also a consulting editor on Tony J. Hughes best-selling book “The Joshua Principle: Leadership Secrets of Selling”. At various times in Steve’s career he has worked in senior positions for multi-national well-known brands as well as for unknown start-ups which he felt had an innovative solution to a pressing problem. Never shy about raising contentious issues instead of just accepting the status quo, Steve has managed to maintain an ethical standard second to none, an admirable network of appreciative associates, and an enviable record of achievement.