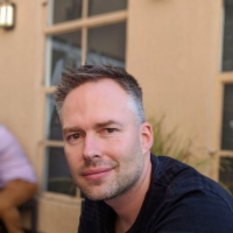 Tim has over 19 years’ experience working with start-ups and established enterprises with a focus on technology. During this time he has held senior roles with a number of widely recognised and respected organisations, including Program Manager at Avanade Australia (a Microsoft and Accenture joint venture), Associate Director at Barclays Capital, Project Manager at GE Capital, IT Infrastructure Manager at Atari – Melbourne House, and Principal Consultant at Software Spectrum. Tim Bos also established his first start-up, bioWatch Australia in July 2004, with the purpose of building a software framework for tracking valuable assets around the globe. He sold the company to Procon MRM in the USA in 2008. Tim also co-founded Keaz in 2013. Keaz has developed a world leading platform for the purpose of sharing vehicles and assets globally. Most recently, Tim co-founded ShareRing, a blockchain based company that's focused on changing the landscape of the fragmented sharing economy. More information on ShareRing can be found here: https://sharering.network