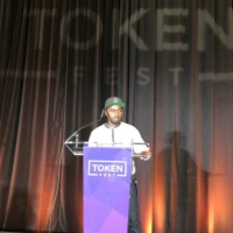 Tony Winchester is an Entrepreneur, Bitcoin and Cyptocurrency Expert, -Trader and -Miner, Web & iOS Developer, Social Media and Online Marketing Consultant, ICO Advisor, Investor, Entertainer and Motivational Speaker. He started his career as an Entrepreneur in the Entertainment Industry, as well as Web Development - always being his own Boss. In 2011 he entered the world of Cryptocurrency, quickly becoming one of the first Bitcoin Specialists in Germany. He is still actively working and consulting in this field, which rapidly grows. Cryptocurrecy is the payment gateway for the future! Apart from his Web Development skills, he has recently also trained in iOS Development and successfully published mobile Apps. In 2012, he founded the Online Marketing & Digital Agency We Care 4U which specializes in Brand Management and Consulting, Online Advertising as well as Design and Cryptocurrency/Blockchain consulting. In addition to that, Tony is also active as Motivational Speaker, Investor, Trader, Real Estate Manager, Author, Entertainer, Actor, Dancer / Choreographer and Creative Director. In 2016, Tony has founded the revolutionary reward-based Social Network APPICS. APPICS is a Social Media Application that turns likes into currency via Blockchain Technology. APPICS is the first Smart Media Token (SMT) on the STEEM Blockchain - the fastest Blockchain in the world, which has received the best rating (B+) of all cryptocurrencies by Weiss Rating - better than Bitcoin. APPICS rewards its users for their activity online, giving them back their fair share within the social network.