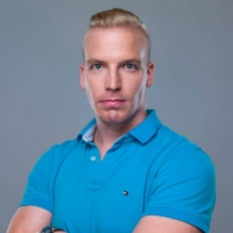 Cyberpunk, hacker, polymath. At the age of 16 he wrote and designed his first turned-based strategy online game played by thousands of fans, which featured an ingame dynamic stock-market, and a complex Sybil-attack defense modul. Viktor was a core member of organizers in the infant days of Hacktivity, the biggest IT Security Convention in CEE region. He was the tech lead of full-refactoring and conversion-rate optimization of Szallas.hu (CEE accommodation service) codebase, which resulted in 2259% increase in revenue between 2009 and 2013, and ultimately resulted in winning Deloitte Technology Fast 50 award in CEE region twice. Advocate of Empowerment, impatient against injustice in Healthcare.