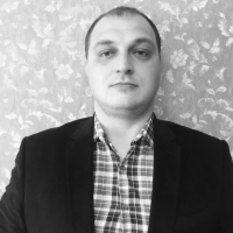 Vyacheslav Kopylov. 30 years. Kharkiv (Ukraine) A trader with eight-year experience of carrying out transactions in the field of cereals and mineral fertilizers. At the moment he acts as a private entrepreneur. Three years of work in the Kharkiv Fodder Factory in the department of cereal purchases and two years in KERNEL as purchasing manager. Since the end of 2017 he creates a technology that will bring social benefits to society and allow you to earn money. By the efforts of the friendly team, he created his own project for blocking agricultural traders and brought it into the active phase of pre-sales. At the end of the preliminary sales, it is planned to launch the main ICO after which the launch of the agro-trading blockade for anyone willing to trade in grain crops.