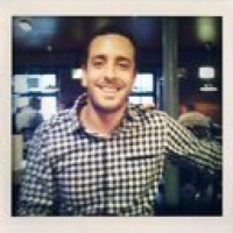 Wladimir is an entrepreneur whose forward-thinking vision has enabled him to launch several successful companies over the past decade. Wladimir is now Founder/CEO at AgentDrive, AgentGrow & AgentMile, a data-driven sales and marketing platform for the real estate industry. Previously, Wladimir was headhunted by Yaware to become their CMO and lead global marketing efforts for a team of over 500 people. Wladimir was also COO at Shopgate, a leading mobile commerce platform that raised $24.4 million in investment. The event was covered by TechCrunch. Wladimir was also Founder & CEO at MobiCart, which he launched on stage in 2010 at the prestigious DEMO Conference in Silicon Valley, California. Wladimir secured two rounds of investment for MobiCart totaling just under $1million. As a pioneer in both the e and m-commerce markets, having also founded Dpivision before selling it privately in 2010. Wladimir has been invited as keynote speaker at several international conferences and most recently, jetted off to the Russian capital to talk at the Online Retail Russia conference, the biggest of its kind in the country. Wladimir was also included in the Sage Pay e-business benchmark report and presented by request to The Sage Leadership Group, a leading supplier of business management software and services to 6.2 million customers worldwide. Wladimir has also been nominated for a plethora of awards including the ME Top 50 Mobile Innovators two years running and the Website Magazine Top 50 Mobile Movers and Shakers.