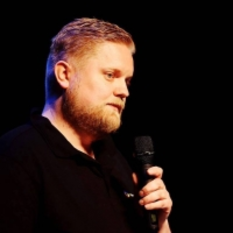 Yillmaz Schoen (1979) is a media entrepreneur, speaker and founder/CEO of TradeCast TV. For the past 17 years, Yillmaz has been co-owner of IQ-Media and the IQ-Media Group, consisting of new media marketing and production companies. In the past he lectured Communications at Windesheim University of Applied Sciences and the Amsterdam University of Applied Sciences. He studied Interactive Media and Design. Since the early 2000’s, Yillmaz has been involved in and responsible for the development and positioning of a wide diversity of campaigns, brands, digital concepts and television productions. Yillmaz has a special interest in blockchain technology, new business development and media related technology with a disrupting nature. In April 2018 he was recognized and awarded as one of the top 50 influencers and future makers in the Dutch innovation ecosystem. In 2015, Yillmaz joined the Region Zwolle Economic Board, the advice council for the third largest economic region in The Netherlands. He represents the creative industry, blockchain and e-commerce industry, sharing knowledge and enabling economic growth in these sectors.