However, Mining Ethereum May Still Be More Profitable Due To The Increased Interest In DeFi

The cost per transaction for the world’s largest cryptocurrency to date, Bitcoin, has skyrocketed, following Bitcoin’s price performance. The crypto leader broke above $13,000 on October 25 and experienced several waves of price growth since then. The price per BTC even reached a yearly high of $13,837.70, but currently trades at $13,202.58 as of press time.

Crypto analytics company Glassnode reported that nearly a quarter of all Bitcoin miners earnings (22,25%) come from validation of transaction fees. This leaves 77,75% for actual block validation reward, which means that currently, mining is very profitable. Glassnode also stated that the current levels are at their highest since the January 2018 Bitcoin craze. However, during Bitcoin’s all-time high run, average transaction fees were as much as 45% of the total mining reward for block validators. 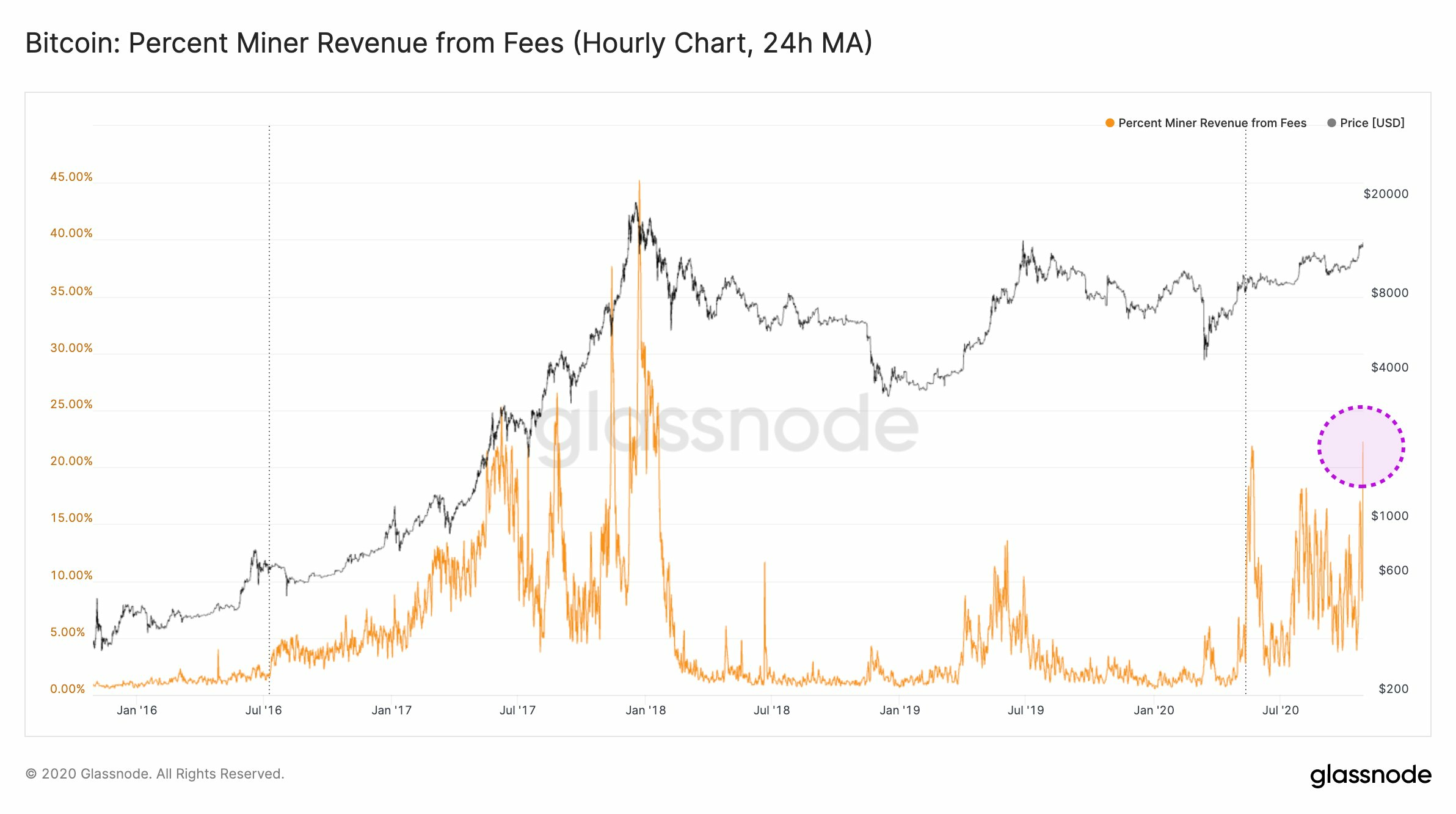 Despite the current transaction fees increase and the price increase of the crypto leader, some miners are still considering mining Ethereum to be a more profitable option. Data from Messari prove that mining fees for Bitcoin’s runner-up exploded alongside the DeFi ecosystem boom.

The massive increase of DeFi projects, running on Ethereum’s blockchain, managed to push transaction fees to levels higher than Bitcoin’s due to Ethereum’s inability to scale adequately. Ethereum fees surpassed Bitcoin’s on several occasions this year alone, with the most noticeable being on October 25th.