Bitcoin Transactions In “Stagnation” Despite The Recent Bullish Momentum

Meanwhile, Iran Plans To Lift Its Four-Month Ban On Cryptocurrency Mining From September

Bitcoin’s 14% weekly gains - $44,000 to $50,000 per BTC – made experts believe that transaction activities would also increase, which is typical when there is a lot of price movements. However, data from Glassnode suggest otherwise.

The blockchain data aggregator published a report, noting that transaction numbers are "at historically low levels" while "transaction volumes are similarly depressed, with the Bitcoin network setting around $18.8B in daily volume." 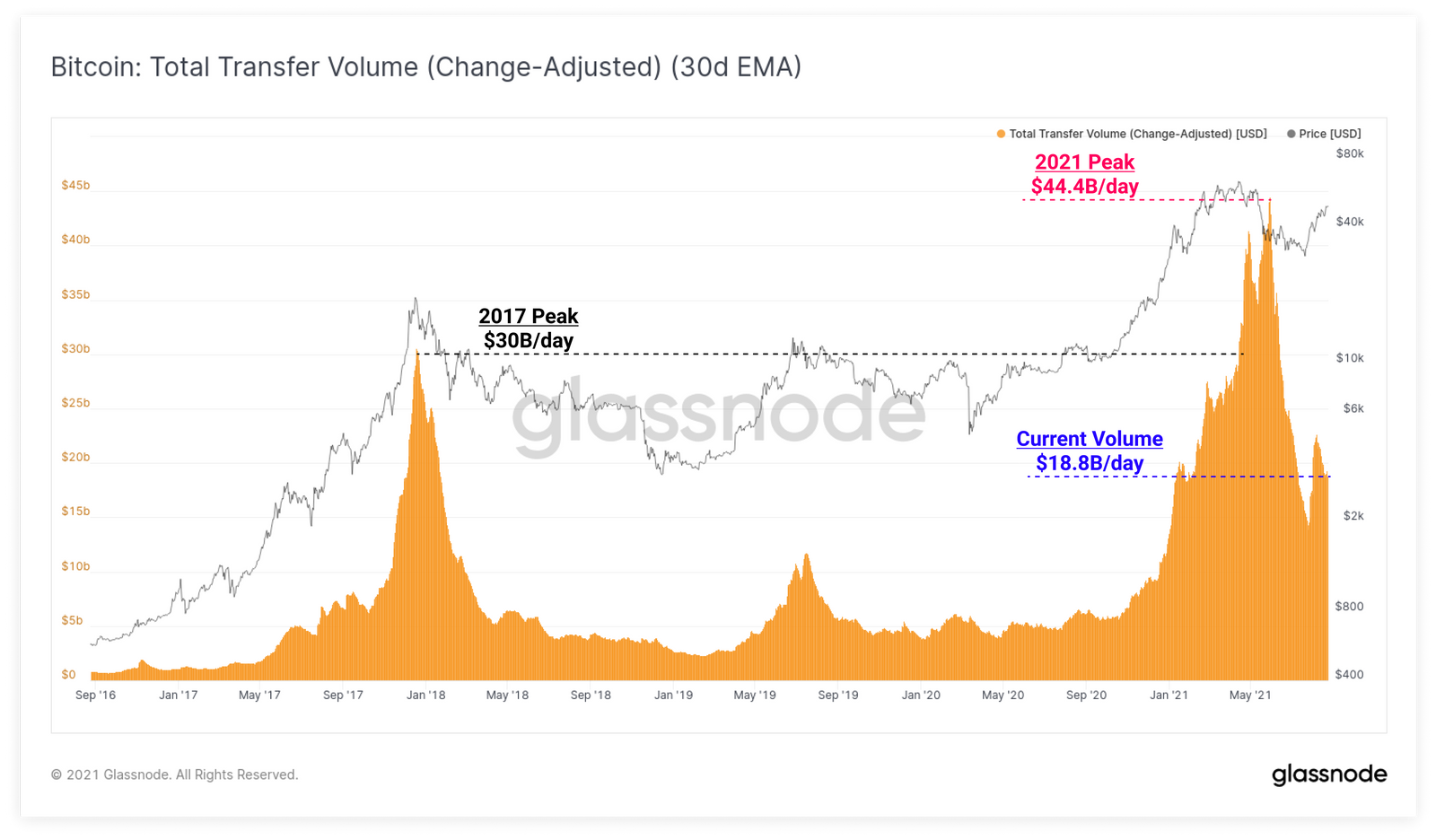 However, the figures also suggest that after Bitcoin’s price increase from the past week, coins, which remained in wallets for five months or more started selling off, resulting in a "noticeable uptick".

Data seems to lead to the assumption that HODLers are close to cash out on Bitcoin due to market stagnation.

Glassnode published another metric, which disproves the sell-off possibility and hints at the presence of a bullish market trend. Despite the uptick in old coin selling, the total amount of Bitcoin in the wallets of long-term holders has increased. The unspent BTC for at least 155 days (five months), has risen to an all-time high of 12.7 million BTC (67% of the coins in circulation), just several months after the metric hit its lowest level in years. 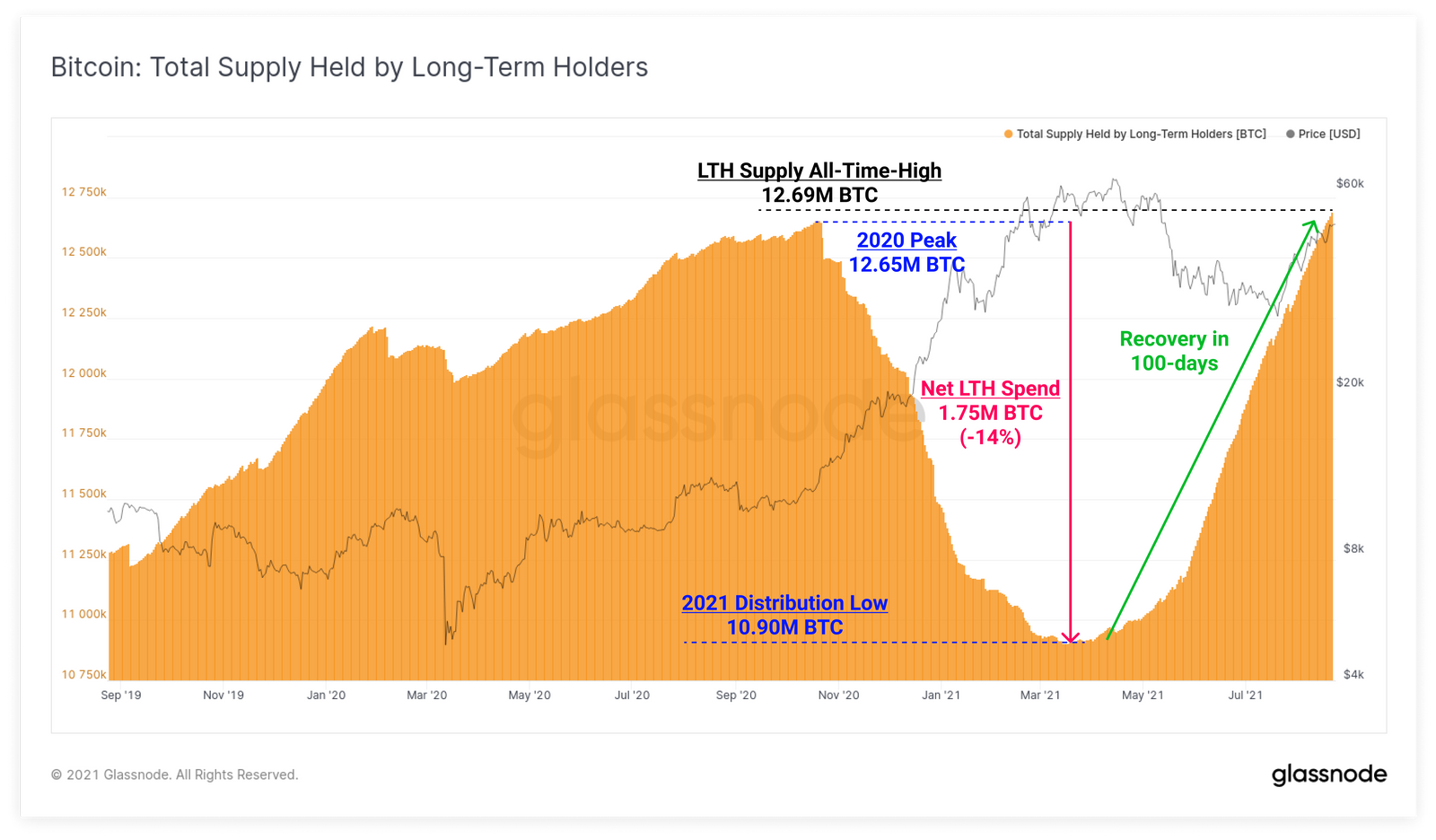 It turns out long-term Bitcoin holders took the opportunity to cash out during the high Q1 and Q2 Bitcoin prices, but the sell-off was limited. In the same fashion, the coins acquired in the first three months of 2021 were added to Bitcoin’s long-term holder supply, increasing the figure to 67% of the BTC in circulation.

The data from Glassnode shows that Bitcoin investors aren’t fleeing the market. Instead, they are diversifying their portfolios and performing risk hedging, due to the limited volume of cash-out and Bitcoin's low overall transaction volumes and counts.

Meanwhile, the decreased overall transaction volumes for Bitcoin may have something to do with the widespread crypto mining ban, which pushes trading volumes and token supply down.

However, things are starting to take a better shape for Bitcoin miners in Iran, as the Iranian government plans tо lift the four-month ban on crypto mining after President Hassan Rouhani temporarily banned mining due to high temperatures and energy shortages.

According to a declaration from Iran’s Power Generation, Distribution and Transmission Company (Tavanir) spokesperson Mostafa Rajabi Mashhadi, the government plans to lift the ban on September 22.

The ban lift is expected to lead to a serious spike in Bitcoin’s hashrate, as Iran accounts for 4,5% of all Bitcoin mining to date.