According To Experts, Bitcoin Still Has A Momentum That Will Allow It To Reach New All-Time Highs

Bitcoin is expected to hit a new all-time high just a day after Christmas, according to the crypto analyst, Vijay Boyapati. The expert claims that Bitcoin would see a massive spike in its price if the digital currency follows the exact same trajectory that it followed after the 2016 halving event.

The “halving” cuts in half the reward Bitcoin miners receive for validating transactions on the blockchain. Bitcoin’s network underwent three halving events, the first one being in 2012. The second event occurred 4 years later – in 2016, while the third halving took place on May 11, 2020. 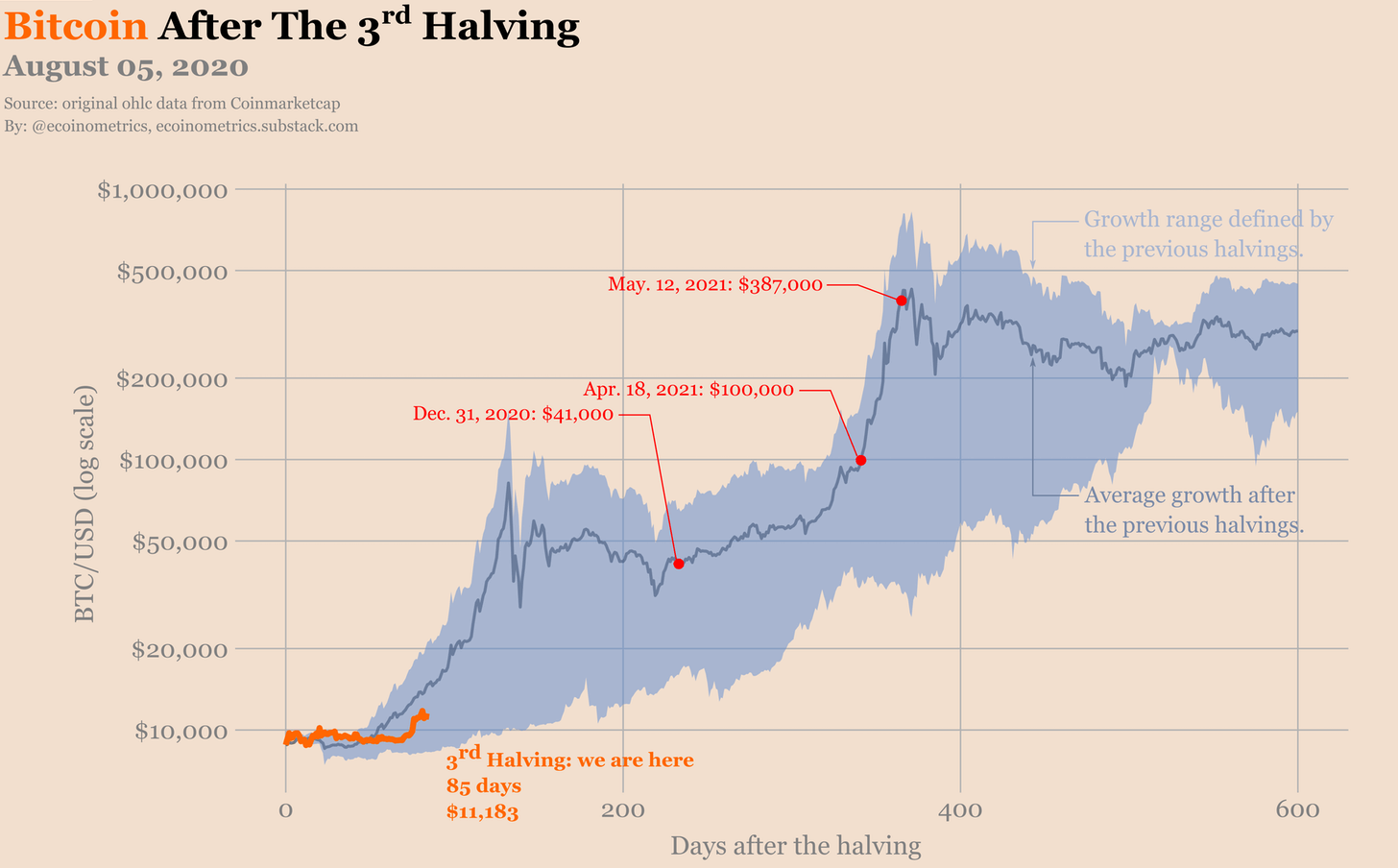 According to Boyapati, there has been 100 days since the last Bitcoin halving, with current price of the digital currency еqual to 59.4% of the previous all-time high record. The expert also adds “How does this compare to the 2016/17 cycle? If we project % of ATH in 2016 to now, 100 days after halving, Bitcoin was $10,887”, Boyapati wrote on Twitter.

The predictions of the crypto expert are based on the 2016/2017 post-halving price movements of the leader in digital currencies. Also, the analyst noted that if comparing the movements of Bitcoin after the 2016 halving, the price per BTC could be expected to reach around $325,000 by October 2021.

“The peak of the cycle would occur on October 19th, 2021, but we are ahead of schedule right now” Boyapati tweeted.

However, crypto traders saw a short-term price correction, after Bitcoin’s price went above $12,000 on August 17. Just a day after Bitcoin marked a yearly high of $12,359.06, the market saw a steep correction, which drove Bitcoin prices back to $11,769.77, as of press time.

One of the possibilities behind Bitcoin’s correction is the U.S. national bank’s announcement of the continuation of bond-buying and near-zero interest rate policy. The situation drove investors off safe-haven assets like Bitcoin and gold and redirected them into buying USD, which is at its two-year low.

Nevertheless, crypto expert Lark Davis considers that Bitcoin still has the momentum to break above its all-time high record, as long the cryptocurrency stays above its technical indicators.

“Understand that Bitcoin drop by about 24% and still be above the 200-day moving average which means this market is still basically bullish AF”, Davis tweeted.