February proved to be especially beneficial for Bitcoin’s price movements, as the number-one cryptocurrency skyrocketed from around $33,000 on February 1, to the record high just 12 days later.

However, experts are almost certain that the price of the “digital gold” is going to increase even further, especially after the recent large-scale technology adoptions by Tesla, Miami’s mayor, and Bank of New York Mellon, which is the oldest bank in the United States.

Tesla CEO Elon Musk started the raid by adding the Bitcoin hashtag to his Twitter bio, which took Bitcoin’s price and trading volumes up. However, Musk made yet another move that boosted the Bitcoin market – his automotive manufacturing company, Tesla, announced that it invested $1,5 billion worth of Bitcoin. The Tesla move caused speculation and increased volatility.

However, Tesla’s push was corrected and Bitcoin fell to around $43,500.

Nowadays, Bitcoin is yet again on an upwards trajectory, as the mayor of Miami, Francis Suarez, noted that the State of Miami seeks to find a vendor for giving Miami State employees the option to receive a part of their salaries in Bitcoin.

“The city of Miami supports efforts to make Bitcoin an acceptable currency for us to potentially invest in in the future. It is wonderful to be a very crypto forward city in Miami,” Suarez added.

Suarez went further, announcing that if the city of Miami adopts Bitcoin for paying a portion of the salaries of the mayor’s administration in Bitcoin, the system would be also used for tax payments, residential payments, and keeping the Miami Treasury in the virtual currency.

Meanwhile, the oldest bank in the United States, Bank of New York Mellon, announced that it would allow digital currencies like Bitcoin and Ethereum to pass through the same financial network it currently uses. The network BNY Mellon is using is also used for traditional holdings like U.S. Treasury bonds and equities.

Roman Regelman, CEO of asset servicing and Head of digital at BNY Mellon commented that “BNY Mellon is proud to be the first global bank to announce plans to provide an integrated service for digital assets.”

The news about BNY Mellon joining the crypto bandwagon made the custodial bank’s shares to jump 2% in premarket trading shortly after the announcement. 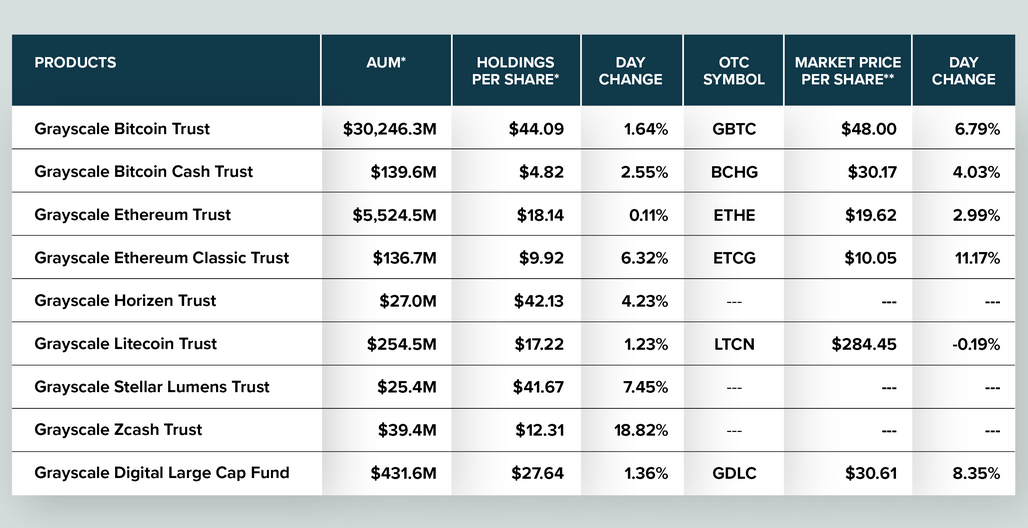 Grayscale, the world’s leading crypto asset manager, is also showing no signs of stoppage, as the company took yet another round of Bitcoin investing. The total assets under management (AUM) figures of Grayscale went as high as $36.8 billion, with Bitcoin taking a large part of it with $30.25 billion. Grayscale’s Ethereum Trust is second with a little over $5 billion in AUM, while the Grayscale Digital Large Cap Fund (GDLC) is third with $431 million in assets under management.

Another huge news for the crypto community this month was the announcement by Mastercard that several crypto assets have already been planned to become supported, following last year`s partnership of Mastercard with Wirex and BitPay for the creation of cryptocurrency cards. PayPal on the other hand, takes actions as part of their strategic plan and revealed on 11th February that PayPal`s crypto products will be available to users in the UK within the following several months.